All Saints’ was originally a rural church, built for merchants and civil servants living along Richmond Road outside the city of Ottawa. With the construction of a sawmill by James Skead in 1871, a few houses and businesses were built near the church. The settlement was known as Skead’s Mills, and the name changed to Westboro in 1899. In 1905, the area acquired police village status, with a population of 500. Construction of homes continued as the population rose steadily.

Construction began on the Chapel of the Holy Spirit, All Saints’ Westboro in 1865. It has been used for meditation, prayer and worship ever since.

Westboro Village was then in Nepean, Ontario along the bank of the Ottawa River where a number of sawmills once stood. The Chapel was built as a church for this community and marks in the floor were reported to have been made by the hobnails of the lumberjacks.

The design in the Gothic Revival style, was by Thomas Fuller who also designed the Parliament Buildings in Ottawa, Ontario, Canada, and other churches in this region. His pictorial rendering of the stone building shows a small belfry in a spire which does not exist and a wooden framed entrance porch which is actually built of stone. The construction took some time as funds were short.

All Saints’ – circa approximately 1912. The inner doors of the entrance are finished in grained paintwork which is believed to be original. The double diagonal design of the planking of the inner and outer doors and the vestry door forms a pattern reminiscent of the exposed roof joists and the window arches. The outer doors were restored in 1998 and again in 2018/19. 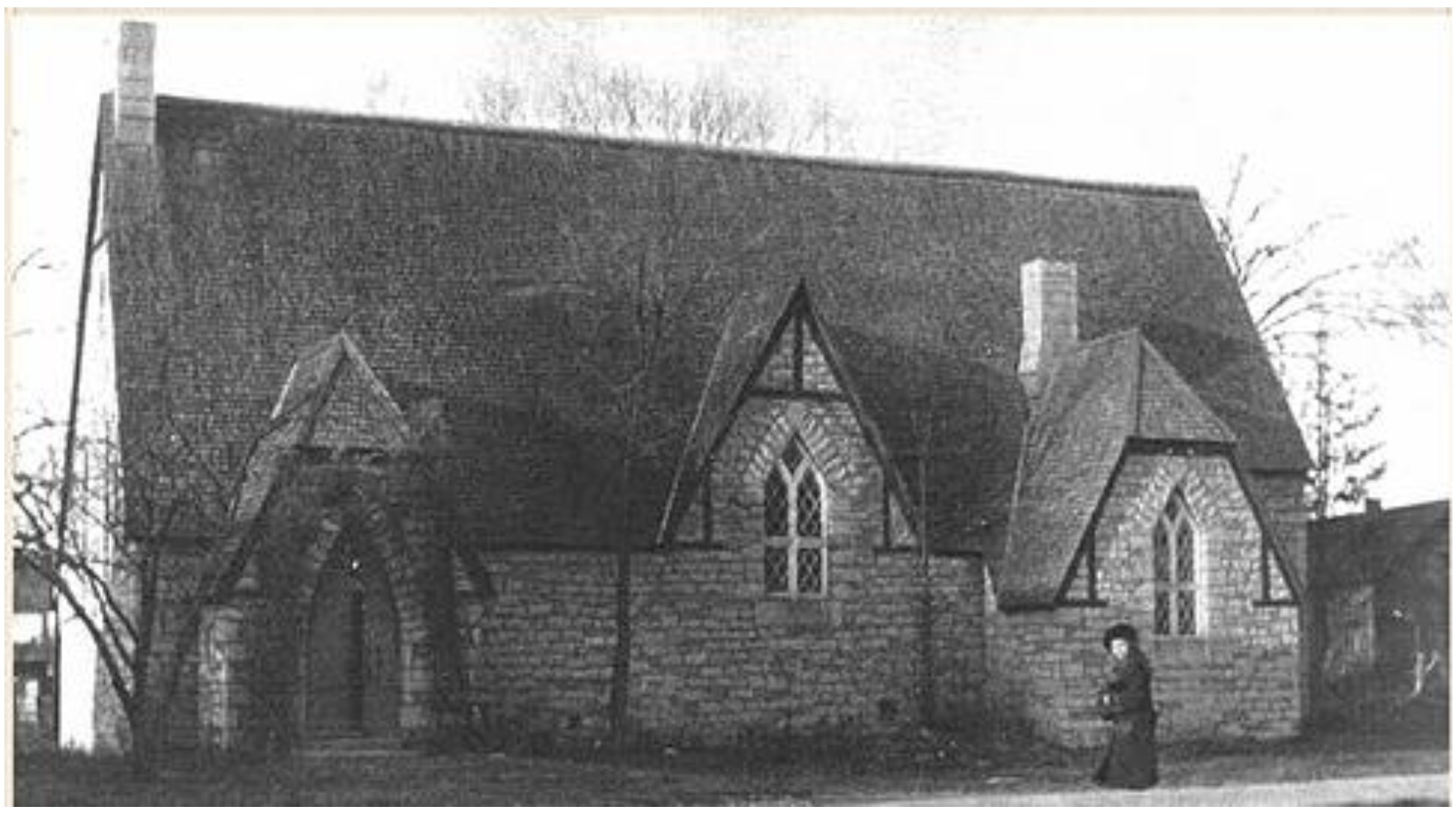 Rendering of All Saints’ Church by Thomas Fuller, circa 1865

The stained glass windows are relatively new and dedications and dates can be seen in them. When visiting the Chapel, please note the dove and Holy Spirit in the west wall.

With the growth of the congregation, a larger worship space was needed and the adjoining larger church was constructed in the period 1952 to 1954. The larger church and the parish hall are contiguous with two walls of the chapel so that the windows on the north and east are no longer on exterior walls.

In 1998 the parish of All Saints’, as part of its renewed vision as a “Christian Community in Action” committed significant resources to making the Chapel of the Holy Spirit available to the community at large as a place of renewal and spiritual nurture. A variety of programs, concerts and special liturgies are offered.